No River, so No Bridges !

When Mark came round a few days later, the troops were much the same but the confounded river and bridges had gone !

The brigades are sorted out and the French get the initiative 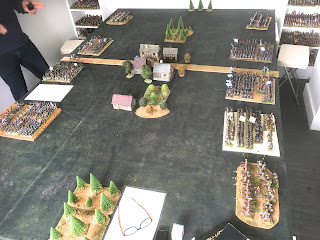 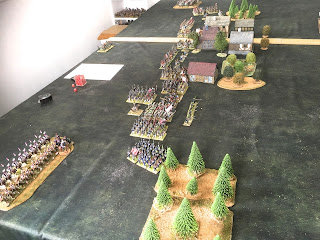 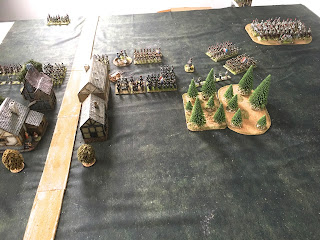 In fact, both sides of the town, also into buildings 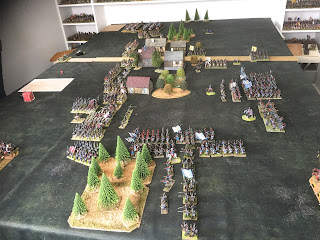 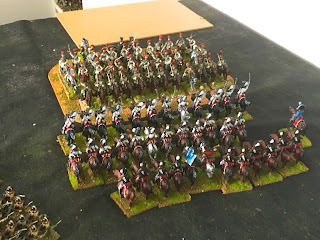 Which catches the French off guard 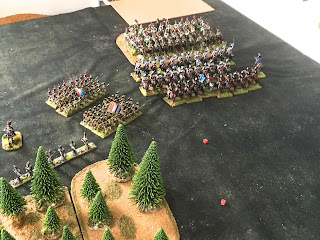 The French cavalry lose the melee and badly fail their morale check, so the Bavarians do a follow up charge against the remaining Carabiniers 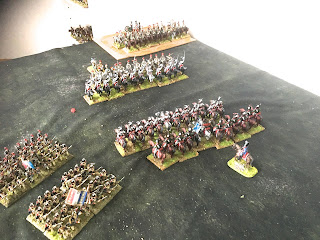 On the other flank, Bavarian columns swoop across the fields to attack the French infantry 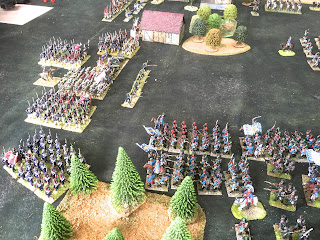 A second Bavarian infantry brigade awaits orders to advance, just watching the Austrians to their right 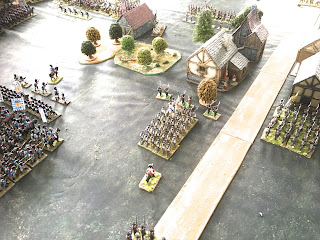 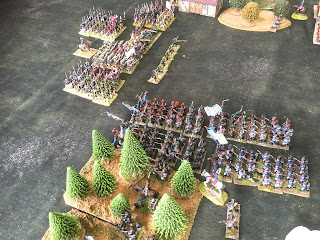 The Bavarian cavalry has disappeared off the table pursuing the enemy - apart from one regiment which has retreated with casualties, so suddenly the right flank looks a shambles ! 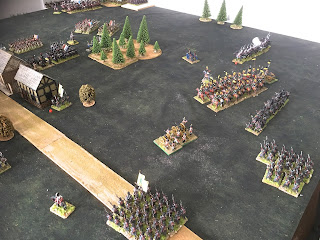 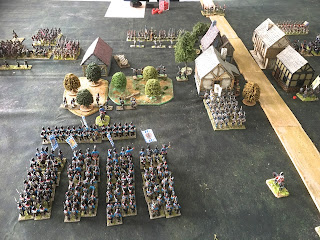 However, to their right, the first brigade is in another fight with the French infantry columns 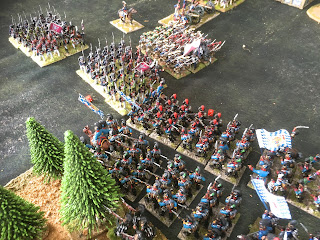 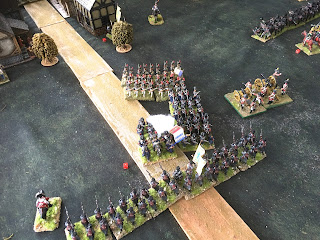 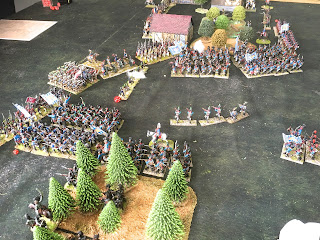 But this has left a gaping hole in the Allied centre rear which the Old Guard are quick to exploit - the Bavarian guns are their target ! 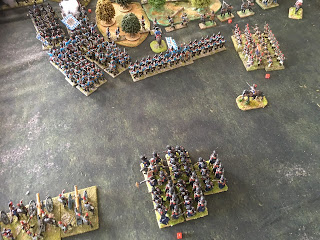 But the French infantry on the left have all been swept from the field - so can the Guard break the enemy before the victorious Bavarian infantry turn to face them ? 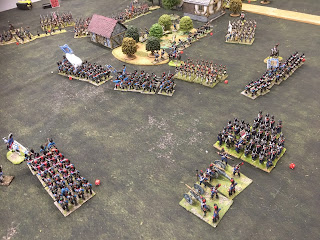 The Austrian grenadiers that had been in the town have dashed out to attack the Guard in the rear as Bavarian infantry attack too - two Old Guard battalions are beaten. 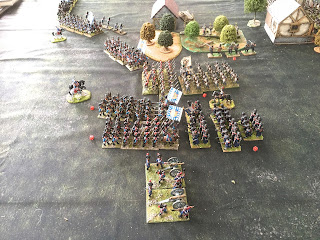 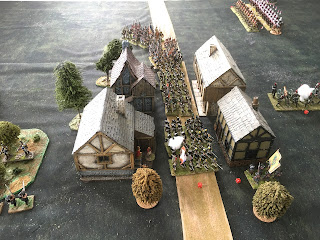 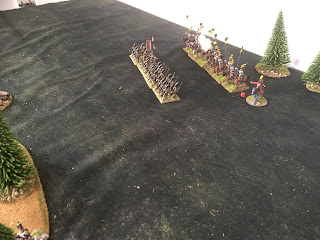 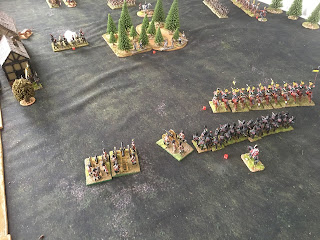 At this point, French army morale collapsed completely and an Allied win declared.

A much more fluid and enjoyable game without the river getting in the way !