First game back at Goldhanger after lock down !  This was taken from one of Dave Brown's Napoleonic scenario booklets and adapted for Black Powder by Steve C.

The Prussian mission is to capture the village of Kaja, in the French lines and as many of the other villages too.

Here's the battlefield viewed from the heights to be occupied by the heavy French guns. 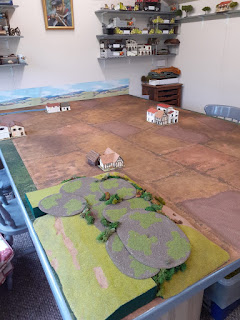 Steve won the toss and chose the French defenders. He had six brigades of infantry (each of 4 battalions) plus a battery of 12 pounders up on the high ground and a 6 pounder battery attached to one of the infantry brigades. This plus a light cavalry brigade (10th Hussars and Baden Light Dragoons).
The advanced French units can be seen behind Gross-Gorschen (nearest to the Prussian lines right of the picture) and across to Klein-Gorschen in the distance. 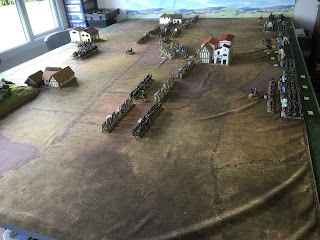 Here we can see the 12 pounder battery positioned on the heights to the right of the village of Rahna. Kaja is at the centre of the French base line (left) 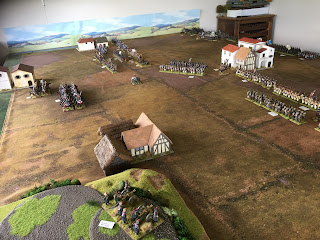 The Prussians have six infantry brigades, including some elite Grenadier regiments, backed up by 3 cavalry brigades (one light, two heavy) plus 3 artillery batteries (12 pounder and 9 pounder foot and one 6 pounder horse). Here we see their advance on the right towards Klein-Gorschen 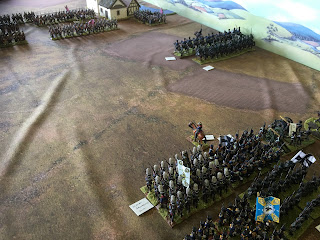 Early on, Jagow's infantry brigade is sent in to attack and capture Gross-Gorschen 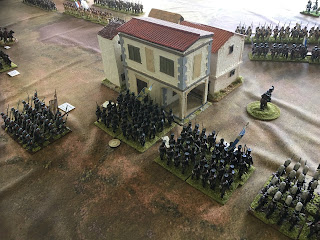 Left of this, Anhalt's infantry face two enemy brigades in line (the Neumark Dragoons are to the left of Anhalt's force) 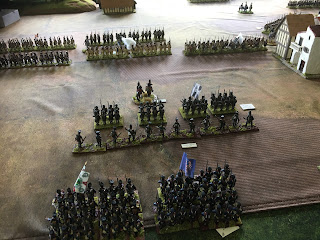 Gross-Gorschen has fallen !  Prussian flags fly from the rooftops but this village alone will not be enough. 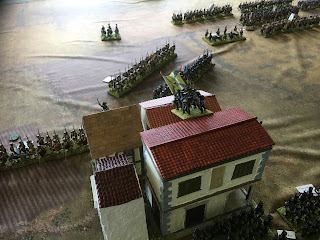 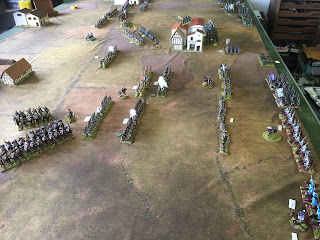 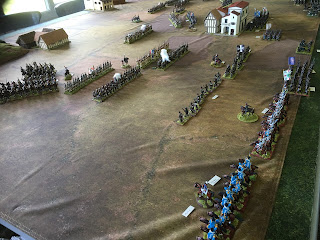 On the right, apart from cavalry threats from the Silesian Hussars and Uhlans, the Prussians have contented themselves with artillery fire to reduce the French lines before attacking with the infantry 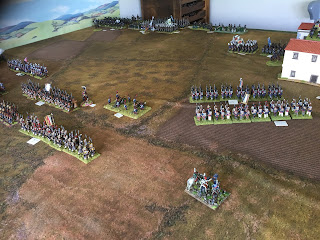 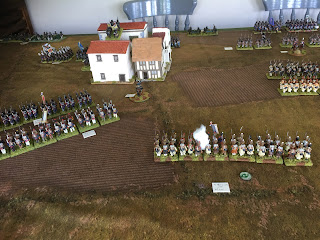 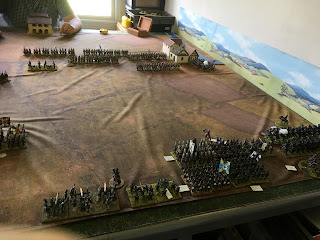 On the Prussian left, the French cavalry have taken the initiative and charged forcing back the Neumark Dragoons and following on with a charge against the Silesian Cuirassiers 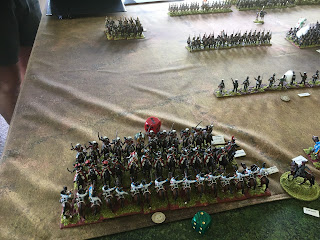 but it was a step too far and the French cavalry break - but they have done enough damage to force the Prussian cavalry off too ! 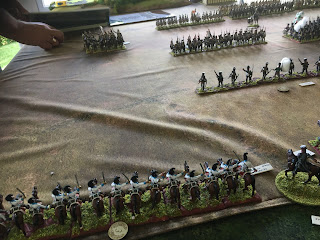 Prussian troops now attack on the right of the line, near to Klein-Gorschen 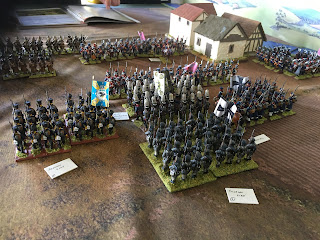 and over on the left, the French have retreated 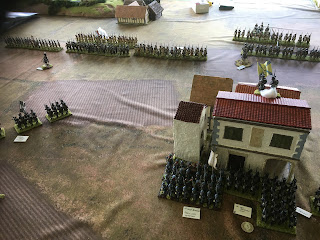 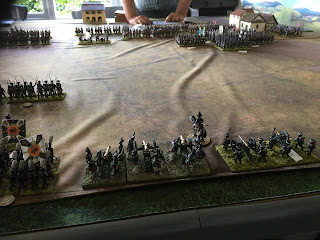 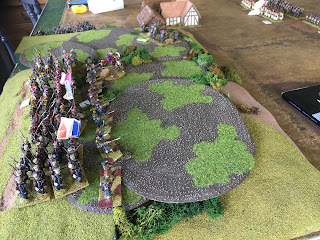 the Prussian columns receive closing fire from the French lines 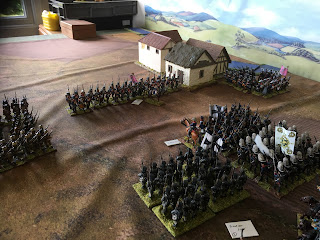 and the attack goes in with some disorder 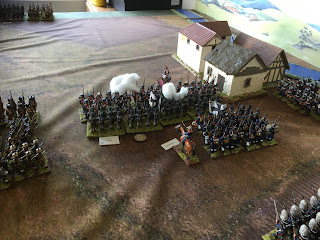 more Prussians have advanced beyond Gross-Gorschen and the French are forced back - except for their guns ! 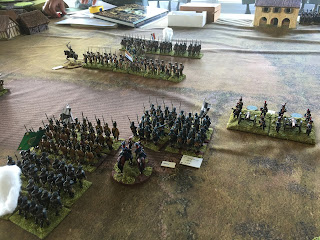 a French counter attack is attempted, left of the guns 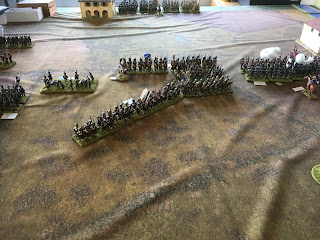 and the Prussians on the left flank have also charged forwards, breaking the opposing French brigade 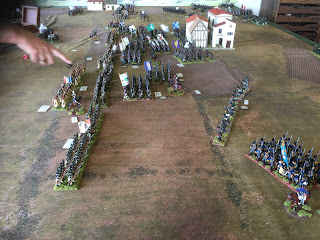 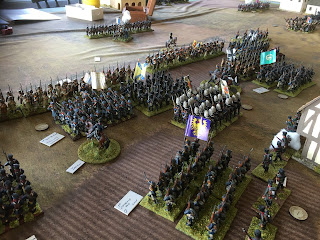 desperately, the French try and hold on but brigade after brigade falters 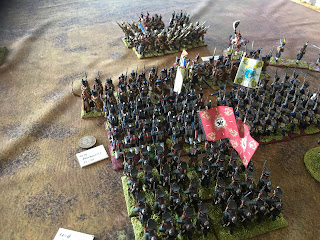 The game ends with the French in retreat. Fresh forces failed to make any impact and the Prussian strength means Kaja will fall as the Prussian columns pursue the French across the board.
Only one blunder this time - Natzmer's elite grenadiers managed to retreat two moves just as they arrived on the table but they did return to beat the French by Klein-Gorschen !!!
An interesting scenario which provided a hard fought game.