Its been a long time ! Six months to be exact. What with a prostate operation followed by catching Covid whist recuperating, blogging kind off fell off the map for me.

Last year a group of us mostly retired gamers decided we could fit in week day games as well as our regular Sunday games at Essex Warriors, so WIG was born and we are now into our eighth month of existence.

The March game was devised by Stefan if I recall correctly and was a multi-player Eastern Front WWII Chain of Command game.

Here are some of the pictures taken on the day

The Germans will attack from the left. 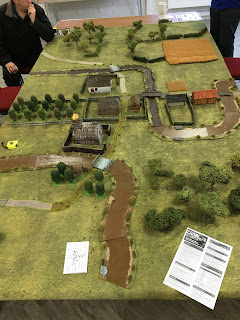 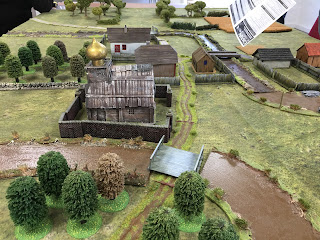 View from the Soviet side. 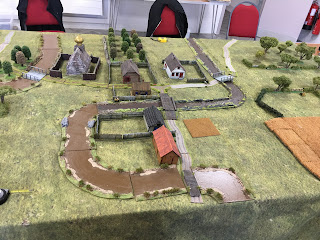 German infantry deploy and adopt "overwatch", out on their left flank 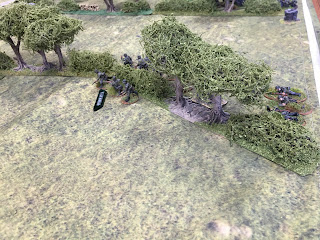 and artillery is set up, also on the same part of the battlefield 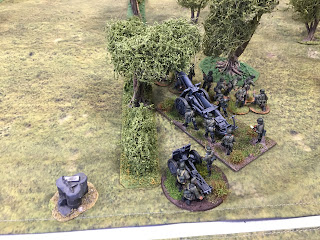 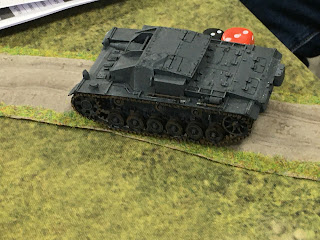 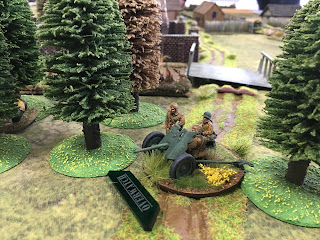 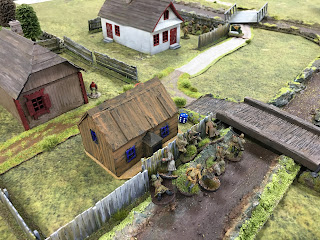 as a truck scuttles across, moving rapidly 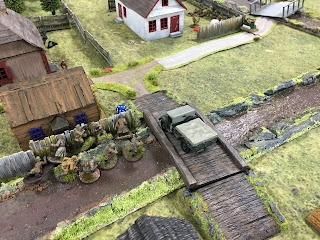 followed by a tank which takes aim at the STuG 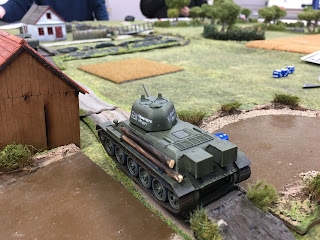 More Soviet infantry are lining the fences, exchanging fire with German troops in and around two of the cottages 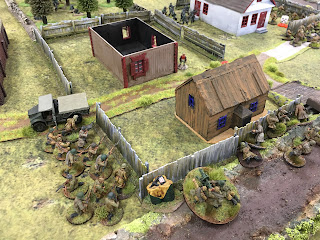 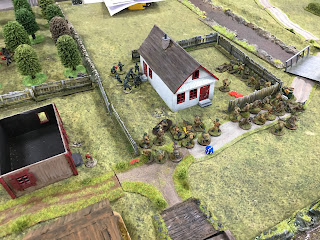 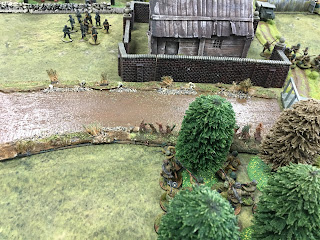 Now German infantry appear on their extreme right flank, making use of the woods as cover 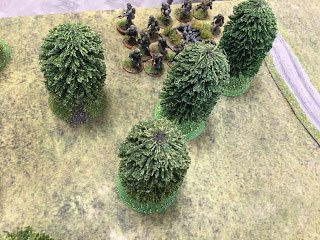 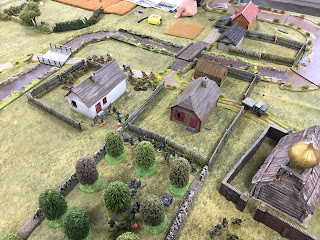 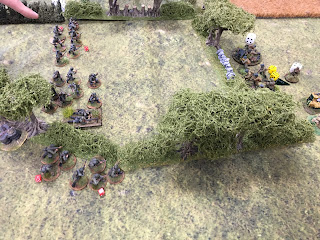 Backed up by the artillery 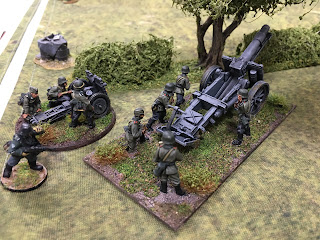 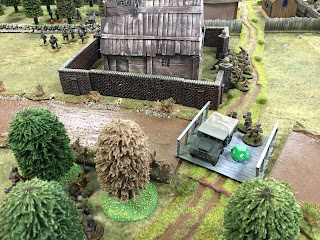 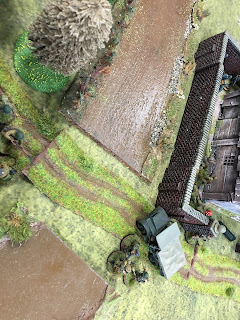 Leaving an infantry squad over on the other side to swim for safety ! 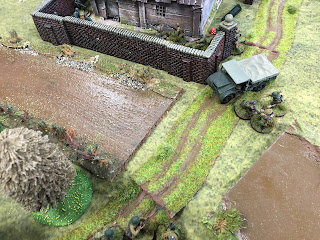 With the Soviet right grimly hanging on, it all came down to the fight in the centre and here the Soviets had a definite advantage. Every German attack was halted in its tracks with large numbers of casualties. The German morale collapsed and a clear victory given to the Soviets, who could blow up the other bridges at their leisure.

We had three players a side, each with a force and their own morale tracker and it all went perfectly well. Big CoC works for us !!!